Bitcoin suffered heavy losses at the end of last week when it touched a low of $53,700 and remained in the bearish trend.

At the start of this week, bitcoin had a major bullish correction after it recovered from its last-week losses and gained more than 6%, touching the $57,000 handle.

This week, bitcoin is moving in continuation of a mild bullish trend and giving mixed signals. At present, BTCUSD is trading above the $56,000 handle in the European trading session.

We can clearly see a double bottom pattern above the $53,000 handle, which is a bullish reversal pattern signifying the end of the downtrend and a shift towards an uptrend.

Yesterday, we saw BTCUSD touching an intraday high of $57,635 after which the prices started to decline and, today, touched an intraday low of $56,795.

The immediate short-term outlook for bitcoin has turned NEUTRAL and we will have to wait till the clear market signals are visible.

Williams percent range is overbought which signifies that more selling is expected today in the US trading session, pushing the prices of BTCUSD below the $56,000 handle.

Bitcoin is now moving above its 100 hourly simple and exponential moving averages.

The average true range is indicating less market volatility which means that markets are due to enter into a consolidation phase soon.

BTCUSD is now trading above its important support level of $56,500 and needs to remain above this level for the bullish trend to continue today.

Some of the major technical indicators are giving a STRONG SELL signal, which means that the prices can also get a downward correction before reaching the level of $60,000.

We can see that bitcoin has recovered from its losses and is on its way towards the $58,000 handle this week.

The medium to long term outlook remains BULLISH for bitcoin with the target of $65,000. At present, the markets are giving a SELL signal so it would be better to wait before entering the long positions in bitcoin.

The relative strength index of 46 is indicating a NEUTRAL market and fresh buying is expected in the market at any time.

It is also possible for bitcoin to remain in a sub-consolidation phase below the $57,000 handle this week and start its bullish move next week.

Ultimate oscillator: at 39.55 indicating a SELL

Ripple had a major bearish correction last week where it entered into a strong bearish trend. We have seen the prices touching a low of 0.9402 and 0.9202 after which markets had a bullish reversal.

We can clearly see a double-bottom pattern above 0.9000 which is a bullish reversal pattern and signifies the end of a downtrend and a shift towards an uptrend.

Last week, we saw Ripple dropping by more than 8% due to the broad-based profit taking seen across all the cryptocurrencies.

In the Asian trading session today, Ripple has touched an intraday high of 1.0144 and an intraday low of 0.9769.

The relative strength index is indicating a NEUTRAL market which means that markets are due to enter a consolidation phase and move in a sideways channel today.

Ripple has recovered from its strong bearish trend seen last week, but the price still remains below the important psychological support level of 1.0000.

We can see that market volatility is HIGH today which means more buyers can enter into the markets at any time.

The technical indicators and moving averages are giving SELL signals which means that the price of Ripple is due to enter into more downwards correction in today’s US trading session.


FXOpen offers the world's most popular cryptocurrency CFDs*, including Bitcoin and Ethereum. Floating spreads, 1:2 leverage, 30% margin call, 0.01 lot minimum transaction size with no maximum — at your service. Open your trading account now or learn more about making your money go further with FXOpen. 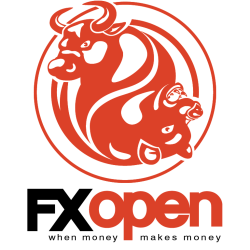